You’re just in time to hop on the more sales wagon. Learn how.

If you’re a newbie to e-commerce and just entered the world of digital advertising — this one’s for you!

You’ve chosen to go down the rabbit hole of digital advertising by yourself and that’s great! However, it will likely be more complicated than you imagined.

The language most digital advertising platforms use is confusing and hard to understand. But knowing what each of those never-heard-before words mean is crucial for the success of your campaigns.

Ad is an advertisement you create on Facebook Ads Manager to promote your e-shop, Facebook page, products, etc. It usually includes an image, text, and a call-to-action button.

When you create an ad, unfortunately, it doesn’t just come up on Facebook user’s feed straight away. Instead, it competes in an auction with other similar ads. Facebook measures the ad quality, bid, and estimated action rates to decide which of the ads in the auction to show to Facebook users at what time.

It’s a unique number given to all ads you’ve created.

All your ads are grouped into ad sets. Facebook groups the ads based on the running schedule, budget, target audience, and delivery optimization.

Facebook Ads Manager is a tool you can use to create, manage, and run ads on Facebook as well as handle all your payment and billing information related to advertising on Facebook. Ads Manager also has an integrated analytical dashboard where you can measure the performance of your ads.

When someone (who came to your website from your Facebook ad) adds an item to the cart — it shows up as an Add to Cart event in the reporting section. To see this in your ad reports, add Facebook Pixel to your website.

It’s a field in a reporting table that tells you how much money you spent on an ad, ad set, or campaign.

A group of people you choose to target with your Facebook ad is called Audience.

A cluster of Facebook’s partners. It’s a wide range of mobile app and web publishers who show your ads on their apps and websites.

Average Cost-Per-Click is a number that shows how much each click your ad received costs you. CPC is calculated by dividing the total ad budget by all the clicks your ad received. Use this metric as a benchmark when evaluating your ad cost.

E-stores are going to make the big bucks this year.

You can do it too.

You can do it too.

Bid strategy defines a strategy that Facebook uses to bid for you in the ad auction. When you set the bid manually, choose from these strategy types: lowest cost, bid cap, cost cap, highest value, target cost, or min ROAS.

Facebook provides a list of broad targeting categories to make ad targeting easier for you. You can group your users by interests, Facebook likes, apps installed, and so on.

The budget defines the maximum amount of money you want to spend on each campaign or ad set. If you have enabled Campaign Budget Optimisation (CBO), you then will have to manage your budget at the campaign level, not at the ad set level. You set the amount of money to be spent either over the lifetime of your ad (or campaign) or on average for each day.

All ads you create on Facebook go under separate ad sets. All ad sets fall under different campaigns. Here’s an example of the structure a clothing store might have in Ads Manager: Campaign (Black Friday) -> Ad set (Women) -> Ad (Black Friday Women Promo 50% Off).

A unique number given to all your campaigns. The number is visible in the reporting section of the Ads Manager.

You can set a maximum spending limit for each campaign. After the limit is reached, your campaign stops running.

Campaign reach refers to the total amount of people who saw your ads in the campaign.

Clicks are actions performed by people who viewed your ads and clicked on them. Clicks can be: post reactions, comments, clicks on a business’s profile or picture, post shares, clicks to expand, clicks connected to campaign objectives (page likes, messages, website visits, etc.), and so on.

When choosing an audience to target with your ad, you can choose to include or exclude people who like and follow your page. Those people are grouped as Connections.

Actions completed by the customers, such as adds to cart or purchases on your website, are conversions.

The average amount of money you pay for one conversion.

The average amount of money you pay for a click on your ad.

It’s a tool you can use to create your ads on Facebook. Use it to also view ads created by other businesses and draw inspiration.

CTR is a metric that measures the number of clicks your ad received per each impression. It’s a kind of a success rate —the bigger the percentage, the better your ad is performing. Facebook calculates it by dividing the total amount of impressions by the clicks the ad got. If the percentage is low, tweak your audience, visual, or text to get better results.

Custom Audience is a targeting option you can choose when creating a Facebook ad. To create a custom audience you need to import details about your customers, such as email addresses or actions made on your website.

Daily budget is the amount of money you want to spend on an ad set or campaign per day. Each ad set can have its own daily budget.

Delivery is the status of your campaigns, ad sets, and ads. The status is shown in the Campaigns page of Facebook Ads Manager and can be anything from active, to paused, or off.

The destination is the place you want people to land on after clicking on your ad or a CTA (call-to-action) button. It can be your business’s website, messenger, Facebook page, or an app.

It’s a date your ad set is scheduled to end. You set it when creating the campaign.

A person may see your ad more than once on their Facebook feed. Frequency is the metric that defines the average number of times your ad was shown to the same person.

The average number of times your ad was on your target audience’s feed.

If a user interacts with your ad in any way, it’s marked as an interaction in the reporting section. The interaction can be anything from clicking your ad to watching a video. For example: 1 click and 1 comment by 1 person is marked as two interactions.

It’s an objective you can choose when creating your ads on Facebook. If you’ve set your campaign objective as Lead Generation, you can ask your audience to fill out a form with their contact details. The form doesn’t have to be located on Facebook, it can also be on your website and tracked by Facebook if you use Facebook Pixel.

It’s an amount of money you’ve set to be spent over the lifetime of the campaign.

It’s a number of clicks on links in the ad that lead to a destination on or off Facebook.

The campaign objective indicates what you want to achieve with that campaign. It can be brand awareness or reach, app installs, video views, catalog sales, and so on.

All purchases Facebook users carried out as a result of seeing your ad on Facebook-owned property (messenger, Facebook pages, etc.)

The number of people who liked your Facebook page.

Payment methods are ways you can pay for the ads you create on Facebook.

Facebook Pixel is a code snippet you can insert into your website’s code. Pixel helps Facebook track all events related to your ads that take place off Facebook. You can also use data from Facebook Pixel to optimize your ads.

When creating your ads in Facebook Ad Manager, you can choose where you want your ads to be shown on Facebook. You can choose to show them on News Feed, Suggested Video, Market Place, Right Side Column, and so on. You can also let Facebook decide where to show your ads with the automated placements option enabled.

The number of actions (likes, comments, shares, etc.) people performed on your page post after they saw your boosted post or ad.

It’s an estimation of how many people are in your chosen target audience.

It’s the number of people who saw your ads once. Don’t mix it up with impressions as impressions can include multiple exposures of your ad to the same group of people.

Once your ad collects at least 500 impressions, Facebook scores it. The score is between 1 and 10, 1 noting low relevance, 10 noting high relevance. If your ad has a low relevance score, you might want to optimize it (tweak the audience, content, images, etc.)

Reports section in the Ads Manager shows you the most important metrics of your ad and how it has been performing so far. You can choose which metrics to include and which not to.

The number of times your ad was shown with social information (e.g. John Dike follows this.)

The date your ad starts to run.

The status of your campaigns, ad sets, and ads. It can be either on or off.

Facebook will suggest a bid range you should go for when creating an ad. The bid is based on the competition and content of your ad.

This is the number of people your ad might reach based on the audience you target.

Traffic is an objective you can choose when creating your ads. This objective focuses on attracting as many people to your website as possible.

This is a charge made to you for your Facebook ads by Facebook. You can see all charges for your ads in the Billing Summary section of Business Manager.

This is the number of people who clicked on your ads. Note, this counts people, not actions.

A charge is made on your card in order to verify your payment method. It’s usually for the amount of $1.01 and will be returned to you within 5 days.

To Sum it Up

Advertising on Facebook is not a one or two-step process. There’s definitely a learning curve.

Next, it’s time to create your first ad! To successfully do so, read how to create a Facebook Business Manager and Ad account. 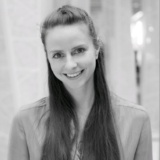 I'm a content manager at sixads. I'm fiery about marketing, writing and traveling, so you can often find me scribbling away in some unknown corner of the world. If you want to know more ways to increase traffic and attract buyers to your online store get in touch with sixads on one of the channels bellow.